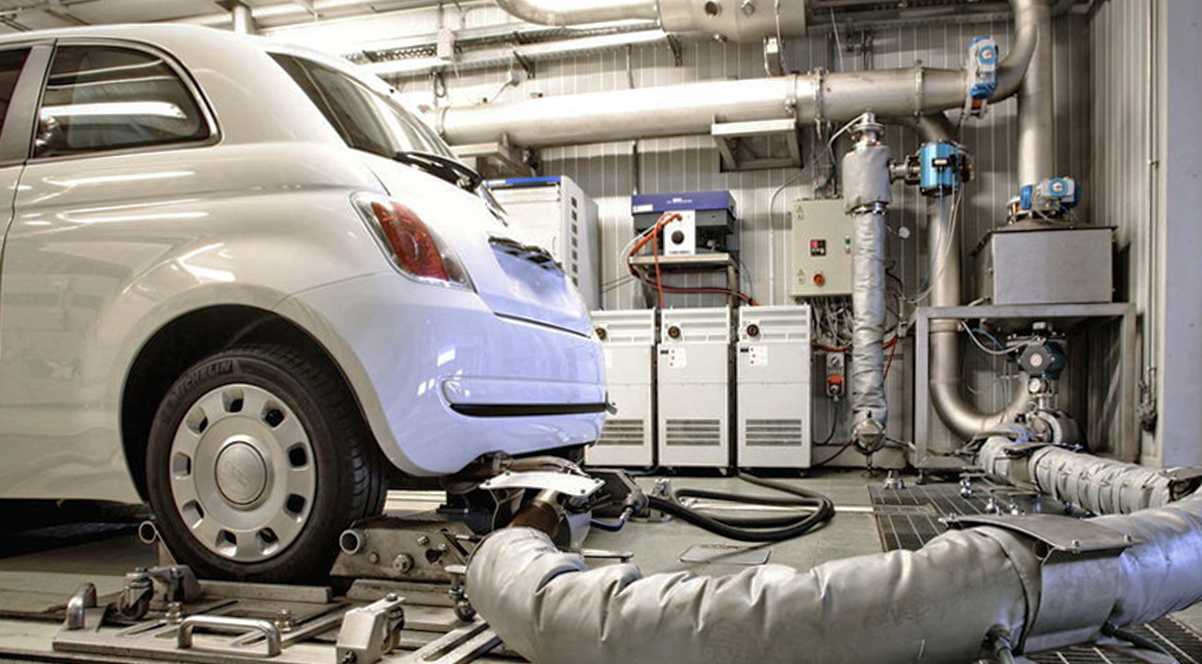 This article explores the affect of changes in temperature in fuel consumption measurement accuracy in automotive test applications.

Mass, and in turn mass flow rate, is conserved throughout a series fluid circuit, and so measurements of mass flow will be consistent at any given points in that circuit. This is not true for volumetric measurement, as volume is a function of density, which varies with the temperature of the substance under measure.

In automotive test applications, fluid flow meters are often used to measure the consumption of fuel. In order to ensure accuracy of data relative to the actual fuel consumption of the vehicle, it is important for the flow meter to be positioned as close to the point of consumption – the engine – as possible.

When positioned in the engine bay of a vehicle, the flow meter will experience elevated temperatures compared to the rest of the fluid circuit.

The higher temperature at this part of the circuit causes the fluid to expand, and the volumetric flow rate through the flow meter is therefore higher than it would be if the meter were located in a cooler part of the fluid circuit.

This increase in volumetric flow rate may also occur if the flow meter has been installed in a cool location but the fluid itself has been heated.

The following examples outline specific cases where the effect of temperature on fluid volume may be a significant consideration:

Example 1: Feed and return in a fuel system

A pair of ultrasonic flow meters are installed in a vehicle to measure net fuel consumption. The first meter measures the fuel dispensed from the tank, and the second measures the unused fuel returned to the tank. Net consumption is calculated by subtracting one measurement from the other.

Measuring the net fuel consumption in this manner is inherently sensitive to small errors, as it is an example of the classic ‘difference between two large numbers’ problem – even a small percentage error in either one of the values will result in a much larger percentage error in the difference.

Here, an error may be introduced due to the heating of the unused fuel as it passes through the fuel rail. This unused fuel then returns to the tank much warmer than the fuel already in it. The warmed fuel has a lower density and so the second meter will measure a higher volumetric flow rate than if the temperature had remained constant around the circuit. The net result is that the vehicle will appear to be using less fuel than it really is.

An ultrasonic flow meter is installed in the engine bay of a vehicle. The volumetric flow output from this meter is used in conjunction with the output from a density meter, which is located away from the engine, to calculate a value for the true mass flow of fuel being consumed by the engine. The density, volume flow and temperature values are all recorded by a data logger.

Varying temperatures in the fuel circuit can affect accuracy of fuel measurement, and so differences in temperature must be identified and compensated for where possible.

The high level of accuracy of the Sentronics ultrasonic flow meter means that great care is required in any testing or calibration set-up, to ensure that systematic errors introduced by the test rig do not exceed the performance specifications for the flow meter, especially at very low flow rates.

Sentronics are pleased to announce that we have developed the next generation Ultrasonic Low Flow Fuel Meter, the RealFlow, in partnership with HORIBA UK Limited. The new RealFlow product has now replaced the FlowSonic® LF and offers improved accuracies and unrivalled performance in the same compact package. Backed by HORIBA’s distribution and sales support network, the RealFlow is exclusively available from HORIBA UK Limited.

Customers who are already benefitting from using the Flowsonic® LF and would like additional devices will be able to transition seamlessly to the HORIBA RealFlow product. All electrical, mechanical and software interfaces remain unchanged but please do get in touch should we be able to assist with any technical questions.

Discover the RealFlow Explore our range of sensors